If these are the horsemen, give us the apocalypse now.

Land Rover have very generously given us 45 facts based on the Range Rover line.

We’ve chosen some of our favourite and included them here:

3. Charles ‘Spen’ King, the visionary engineer behind the Range Rover, drove a Rover 2000 road car on the farmland around the Solihull site to assess the effects of coil springs on an off-road vehicle – a radical idea for the time.

4. During the prototype stage in the 1960s, Range Rovers were cunningly labelled with VELAR badges in order to fool any journalists who were on the lookout for a scoop. Stories differ as to what VELAR stood for: the official story is that it is a Spanish word for ‘to protect or take care’; other accounts say it stood for ‘Vee Eight in a Land Rover’ or that it’s from the Italian velare, meaning ‘to veil or cover’.

5. The Chinese characters that represent the name Range Rover in China translate as ‘Capturing Victory’.

9. The Range Rover Sport SVR will feature in the forthcoming James Bond film, Spectre. What you might not know is that Range Rover vehicles have also starred in: Quantam of Solace (driven by 007 himself), Casino Royale, Layer Cake, Eastern Promises, Snatch, RocknRolla, Kiss the Girls, Syriana, Ocean’s Eleven (and Twelve and Thirteen), Under Suspicion, The Football Factory, The Player and many more. 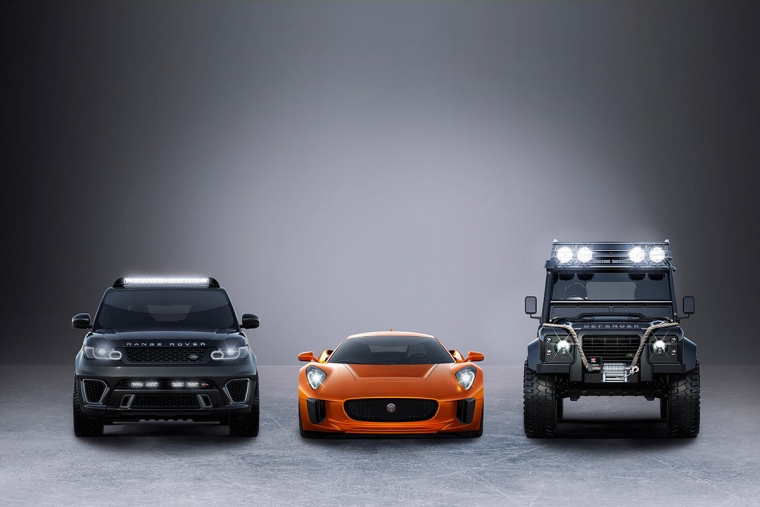 What a fantasy garage!

11. The armoured Range Rover repelled eight live ball rounds from the barrel of a Kalashnikov AK-47 rifle, eight bullets from a Makarov pistol, and a 7.62mm live ball round fired from a distance of 32 feet. The bulletproof glass is 40mm thick, and the floorpan can withstand two DM71 hand grenades. An optional built-in Oxygen system protects all five occupants against gas attack, the tyres boast run-flat technology, and the suspension has been fine-tuned – because a fast getaway is still the best form of defence.

13. Although it has outstanding off-road ability, when engineers developed the Range Rover Sport, they placed the emphasis firmly on-road. Testing was carried out on the notorious Nürburgring, where it clocked up over 5,000 miles, hit speeds of 130mph, and lapped the track in an amazing 8 minutes, 49 seconds. Each lap has 73 corners and endless combinations of radius, camber and gradient, so it’s not hard to see why the Range Rover Sport became such an accomplished performance vehicle.

16. In the 1970s and 1980s, British company Wood and Pickett customised Range Rovers. The vehicles would often be given more power and wider wheels, and the interiors would be kitted out with Recaro seats, sports steering wheels and additional dials, according to the customer’s requirements. The vehicles were re-badged as Sheer Rovers and proved popular with some of the biggest celebrities of the time, such as Peter Sellers. In the late 1970’s, Wood and Pickett were also consultants on the first Range Rover Vogue.

17. In the 1970s, specially-built six wheel Range Rovers were used as fire trucks. Some of them are still in use today. 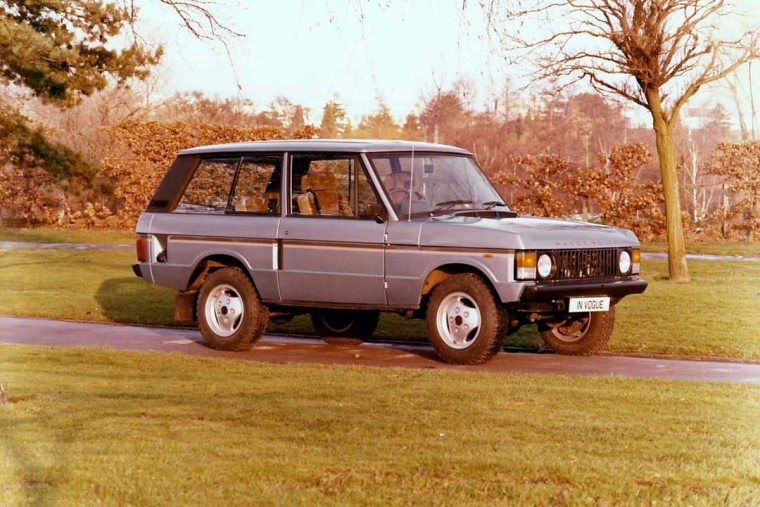 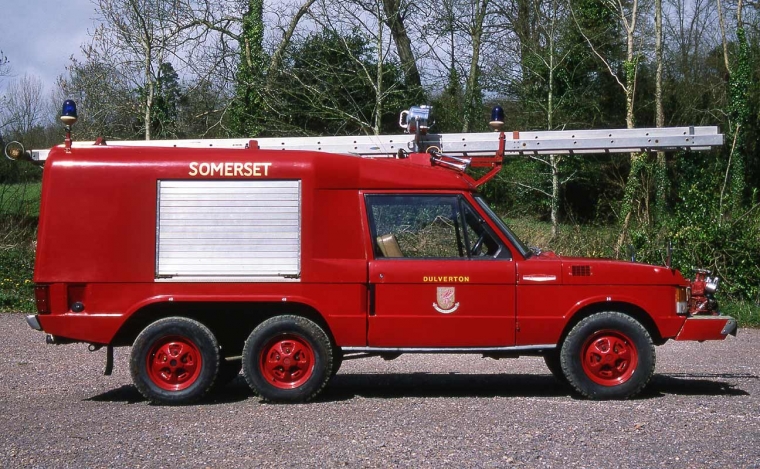 21. Madonna used her Range Rover as a mobile medical unit on the set of her then-husband’s 2008 movie RocknRolla. Madge set up shop as distributor of vitamins to a run-down cast – which included Hollywood darling Gerard Butler – from the back seat of her vehicle. In related trivia, Madonna and Guy Ritchie also used Range Rovers for their wedding at the exclusive Skibo Castle in the Scottish Highlands. 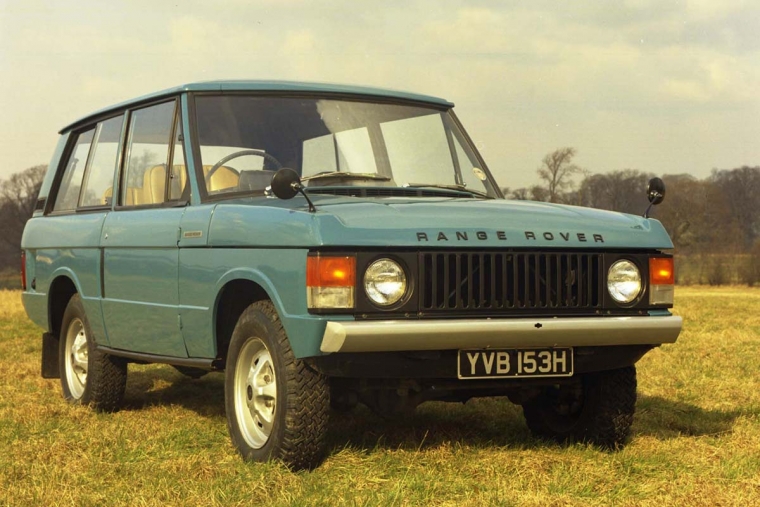 This would now cost over three times the list price. If you could find one.

30. Two Range Rovers were sent to Morocco for extreme hot weather testing before full production got underway. The 3,500-mile journey was documented in the film Sahara South, which is still available to buy at the Heritage museum website.

33. When it came to the look of the original Range Rover, Charles ‘Spen’ King (an engineer and not a trained designer) was left to his own devices, because at that time, priority in the styling studios was being given to other Rover vehicles. Like many engineers, King felt that form should always follow function, and as a result, came up with a simple but elegant design. It was so good that when David Bache and his dedicated design team took up the project, they only had to make minor revisions to King’s design.

37. In 1985, the first diesel Range Rover, codenamed ‘Project Bullet’, ran at over 100mph for 24 hours at the MIRA test track in the UK. It broke 27 diesel-powered records in the process.

If you have a Range Rover and it needs some TLC, or if you’re the proud owner of any of the Land Rover marque’s range and you need parts, accessories, repairs or servicing, check our our website www.mcdonald4x4.co.uk or call us on 01691 657 705.

Call us even if you’re not currently a Land Rover owner, we can help change that too.

This article was written by Rupert Astbury.

One thought on “45 Range Rover Facts”